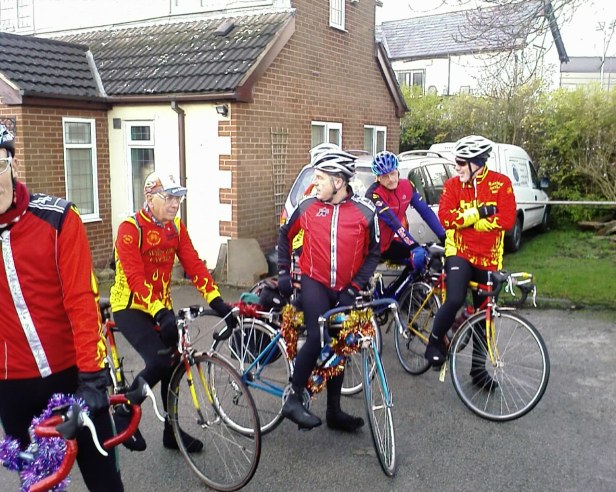 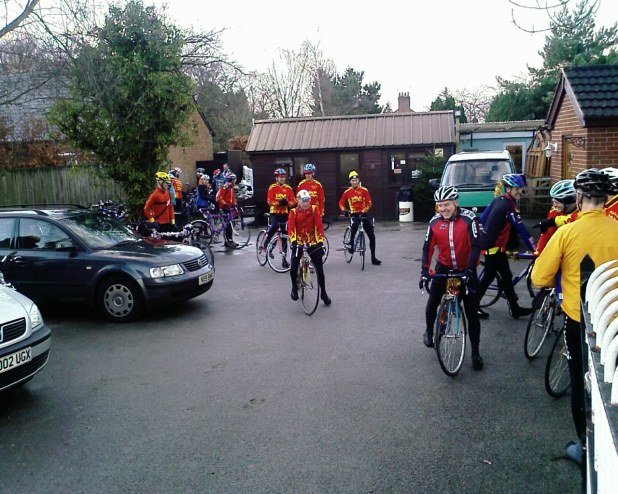 Mel Vasey was tragically killed at the weekend riding to the Eureka Cafe for a Birkenhead NorthEnd club ride. These picture were taken before one of the Christmas runs.

Condolances to his wife and family.

Mel and my paths crossed when I started looking at road bikes. I was about 19 to 20 stone and had a problem with wheels taking my weight. I had this doubt that modern wheels with a spoke count half of what is normal for a decent wheel would be up to it.
Mel said that the modern wheels were bulletproof there was no weightlimit on the Trek stuff and it was tested on  large Americans. It had to be good due the liability issues they have.

I kept going into the shop as my weight came down having mentally decided to treat myself to something good when I got down to 100 Kg. This represented a 33% weightloss to me. At 105 Kg Trek lost their nerve and were the first ones to have a sale.
I was just passing and ended up the proud owner of “The Toy” a Trek Madone 5.2 in Discovery Channel colours.

We would bump into each other at the Eureka Cafe, Mel used to have Wednesday,s off to ride with the North End. I wasn’t quick enough to ride with a club and started going out with the CTC. £2k worth of carbon fibre exotica is a bit much for some of the CTC rides but boy have I had fun.