Wednesdays first ride of the year that wasn’t a Make Your Own Way brought about 30 of us out for the ride.  It was a chance to see a few people I haven’t seen for a while, not being able to get out on wednesdays for a while. Seventeen of us set off from the Eureka heading out to Capenhurst as we all seem to do these Newt Bypass Construction days. The group heading out towards Little Stanney Lane which soon gets you away from the traffic. 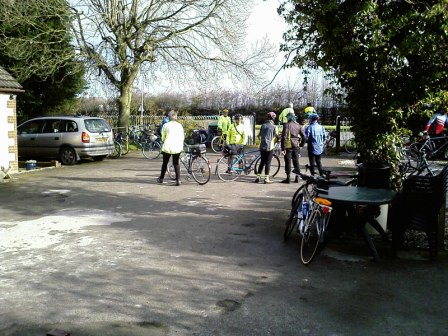 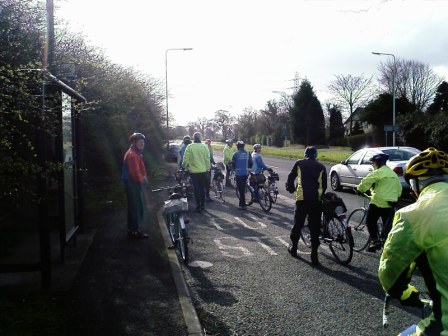 Once you’ve done Picton Lane a few times you know where you are going to end up and are first stop was a couple of miles down the road at the Windsurfing Centre. It’s recently been refurbished and looks like it had had the interior designer treatment. Fancy wicker chairs and leather sofa,s abound along with a log (gas) fire feature that we sat around. There is a chandalier in there but there is enough natural light around that its probably never ever going to get turned on. 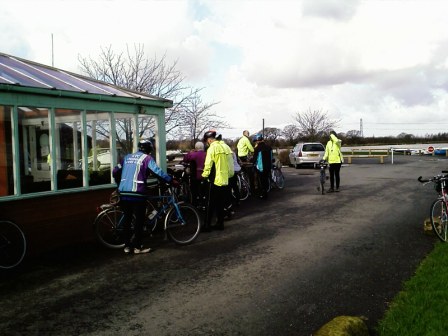 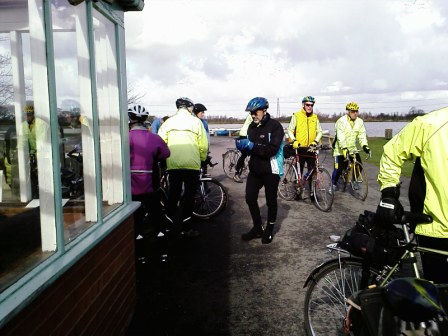 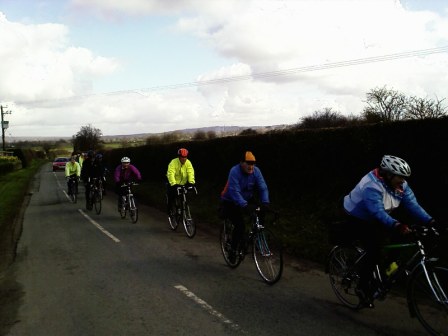 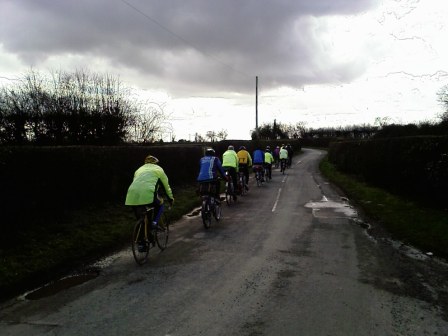 The lunch stop was at the Plough at Christleton. Not a bad place but there wasn’t much food on offer . Sandwiches, baked potatoes or chips. I’ve been better fed for less, it was more expensive than the Blue Moon Cafe. It doesn’t bother me but nearly all the others are on a budget. Service was good but I think the place seem geared up for the weekend and not an invasion of cyclists midweek. The run was not without the odd diversion, in fact there was one after the the Windsurfing Centre. There was bridgework and a road closure where I know not. I volunteered to see if it was passable and fortunatley it was with the group being beckoned on.

Further on the road was flooded for about 25 yards so in true Singing in the Rain style  I coasted through with both feet out of the clips. The problem with going through water is that you don’t know what lies beneath. 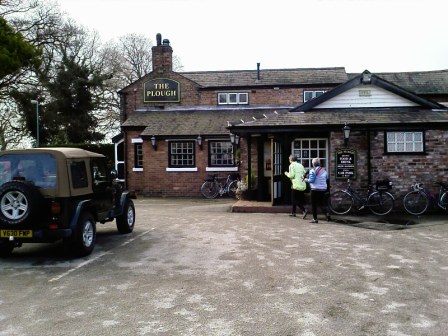 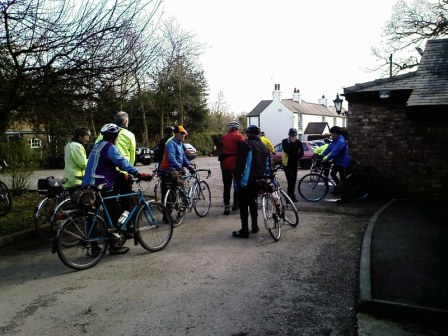 Lunch over it’s time to head back. 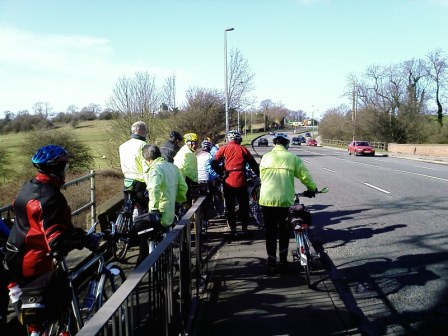 After the trip along the canal we assemble at Backford before we ride up the hill and drop down the road to Mollington where the pictures of the toughest climb of the day were taken. I ended up sprinting up the hill to get in position for the pictures. I’ve got to get enough time to take my cloves off, there has been more than one occasion where I have bressed the button and nothing has happend. 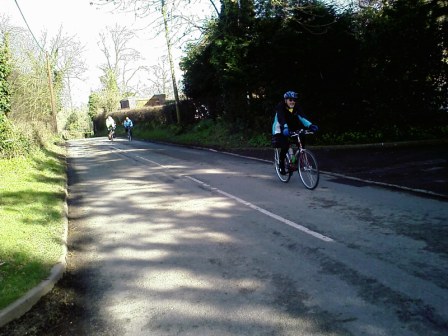 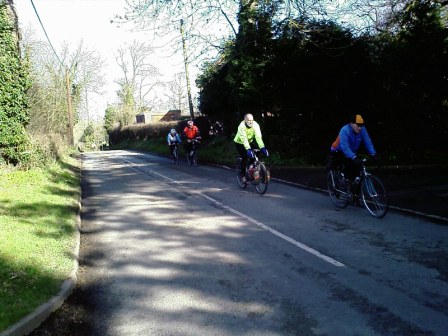 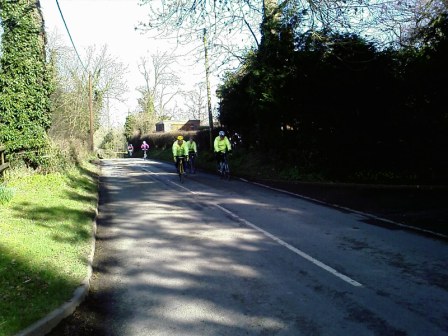 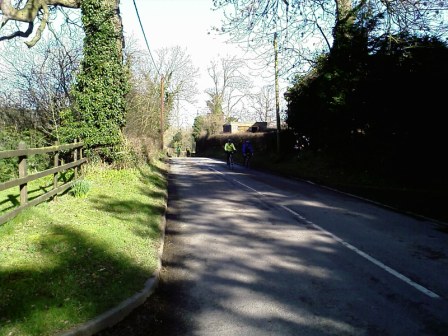 I thought we had a few stragglers with this shot  but it proved to be Meseyside CTC taking the same route back to the Eureka.
They manage to hitch a free ride throught the gates by the railway line. As I’m now at the back I end up riding with them back to the cafe.

On the larger group rides it is important to have someone  at the back who knows what they are doing. John has being doing this on all the rides he’s been on, the run leader is largely isolated from what is going on behind him. It’s relies on the person at the back shouting warnings of approaching cars  etc to the group. It is so easy to  get taken in with leading and not realise it is all happeingat the back.

Link to Google map of ride  Opens in new window